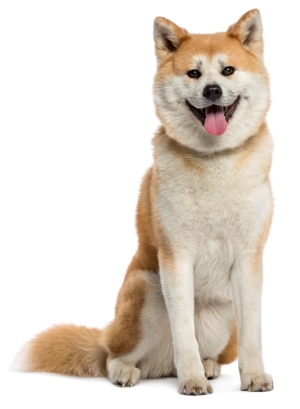 The best dog insurances for your Akita Inu

The Akita is a large breed of dog originating from the mountainous regions of northern Japan. It is a calm, faithful, docile and receptive dog. Akita are probably best known worldwide from the true story of Hachikō, a loyal Akita who lived in Japan before World War II. And that as a sign of loyalty, he waited almost 10 years for the return of his master who had passed away.

GET A QUOTE FOR YOUR Akita Inu

The size of Japanese dogs originally ranged from small to medium, and there were no big breeds. Starting in 1603, coming from the Akita region, dogs called ″ Matagi Akitas ″ (medium-sized bear hunting dogs) were used as fighting dogs. Beginning in 1868, the breed was crossed with Tosa and Mastiffs. Therefore, its size increased. And the Spitz-type dog features disappeared. In 1908, when dog fighting was banned, this breed was preserved, prospered, and became a great Japanese breed. In 1931, 9 excellent dogs of this breed were designated as ″ historical monuments″.

During the Second World War (1939-1945), the skin of dogs was often used to make military clothing. The police ordered all the dogs to be captured except the German Shepherds, which were used for military tasks.

They have a very reserved and shy character, they are calm most of the day, adopting a calm attitude even in times of stress. The dogs serenity is palpable. It is a very balanced, docile and determined breed of dog. The loyalty it offers to its master is the strongest and best known characteristic of the Akita Inu.