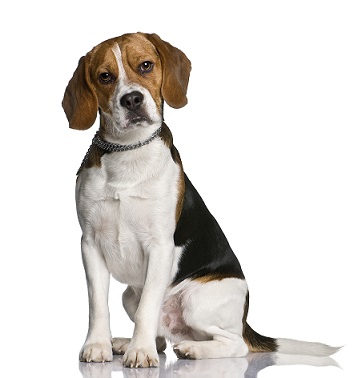 The best dog insurances for your Beagle

A sturdy, compactly-built hound, conveying the impression of quality without coarseness. Beagles have been depicted in popular culture since Elizabethan times in literature and paintings, and more recently in film, television, and comic books.

GET A QUOTE FOR YOUR Beagle

Alert, intelligent and of even temperament. Amiable and alert, showing no aggression or timidity.

The Beagle, said to have been bred down from the larger Foxhound to hunt with men on foot, preferably after the hare. It is still used in packs, very often organised by institutions, including colleges and schools. A bustling, eager little dog, full of enthusiasm and vigour, ever ready for any activity which involves him. Everything about the breed gives the impression of athleticism and there is no better sight than a Beagle pack in full pursuit, their heads down to the scent, their sterns up in rigid order as they concentrate on the chase. During the reigns of King Henry VIII and Queen Elizabeth I there were wirehaired Beagles, some of which were small enough to be carried in the pocket of a hunting jacket. Size has increased over the years but smaller versions of the breed, called ‘pocket Beagles’, are sometimes born.

Ask for a free quote at Petplan from less than 1€ per day.