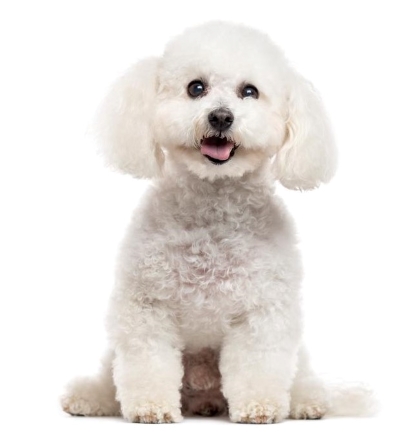 The best dog insurances for your Bichon Frise

Has a great adaptability and is very attached to his masters. In the late 19th century, it became the "common dog", running the streets, accompanying the organ grinders, leading the blind, and doing tricks in circuses and fairs. Although, after World War I, they begun to become popular again in France and were bred by French breeders.

GET A QUOTE FOR YOUR Bichon Frise

The Bichon Frize was brought to France from Italy during the Renaissance. Since it looked like a little Barbet, he was given the name "Barbichon" which was later shortened to "Bichon". In the 17th and 18th centuries, many recognized painters represented these little dogs that accompanied kings, nobles and other notable people. The breed came to set fashionable under Napoleon III, and was known at the time like the "Tenerife".

It practically disappeared after the two world wars. Thanks to the passion of a few French and Belgian breeders, the population could be rebuilt.

The curly-haired bichon tends to be cheerful, dynamic, and playful, while being sensitive, affectionate, and gentle. Due to its dynamism, it usually needs more exercise than other dogs of the same height, although this does not mean that it is a nervous dog, quite the opposite.