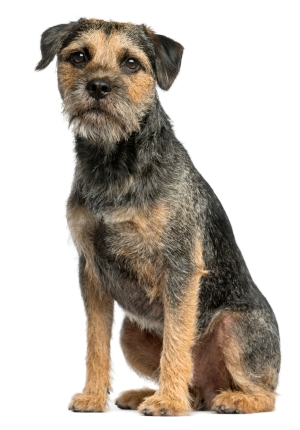 The best dog insurances for your Border Terrier

This dog shows activity and courage. Borders love to sit and watch what is going on. Walks with Borders will often involve them sitting and lying in the grass to observe the environment around them. They are intelligent and eager to please, but they retain the capacity for independent thinking and initiative. Their love of people and even temperament make them fine therapy dogs.

GET A QUOTE FOR YOUR Border Terrier

The border terrier was developed in the Cheviot Hills area, on the border between England and Scotland. That is where its name comes from. It was originally used to hunt foxes, which were a pest to farmers in that area. Its small size allowed it to enter the foxholes burrows and make them flee.

The Border Terrier is a very active and determined dog. Its strong personality is easily noticed, but it does not tend to be a strong-willed or aggressive dog. On the contrary, it is usually very friendly, both with people and with other dogs.