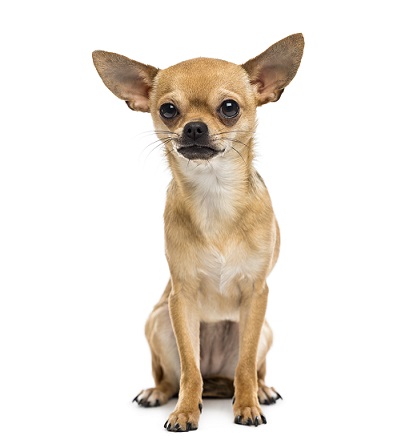 The best dog insurances for your Chihuahua

The Chihuahua is the smallest breed of dog. This dog has a compact body. Of great importance is the fact that his skull is apple-shaped and that he carries his moderately long tail very high, either curved or forming the shape of a semicircle with the tip pointing towards the loin region. Because Chihuahuas get cold easily they tend to love their dens and will often burrow themselves in pillows, clothes hampers, and blankets.

GET A QUOTE FOR YOUR Chihuahua

They are intolerant of young children

All colours in all possible shades and combinations are admitted, except merle colour.

The Chihuahua is a dog of Mexican origin, specifically its origin is attributed to the state with which it shares its name, although originally it was called Chihuahueño and it was not until its popularization in the United States that the name Chihuahua spread.

Although the origins of this breed are not perfectly documented, it is mostly believed that its origin is found in the Techichi , a companion dog bred by the Toltec civilization, being frequent find representations of this animal in toys and vessels found in ruins of the time.

Being the Chihuahua the smallest breed in the world, its size is much smaller than its predecessor, so it is speculated that the current breed was the route of crossing with the Chinese Crested or some miniature dogs of European origin.

Chihuahuas with short hair and long hair feel a great attachment towards their owners, although it is not difficult for this to turn into jealousy, towards other dogs and even towards people, so it is important to teach your Chihuahua to socialize properly from a young age.