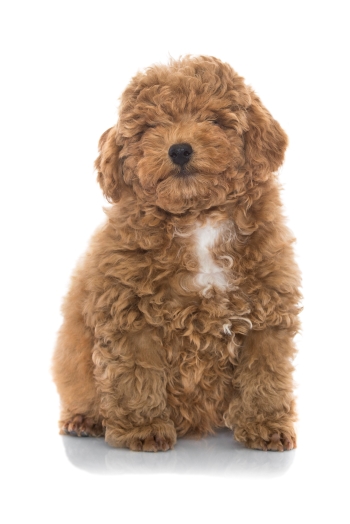 The best dog insurances for your Poddle Toy

This breed is very smart, active and loyal. The smallest, or Toy variety, was developed in England in the 18th century. Some reports suggest that smaller varieties such as the miniature may have been popular for truffle hunting, as their feet were less likely to damage the delicate fungi. Besides, is ranked second most intelligent dog breed just behind the Border Collie.

GET A QUOTE FOR YOUR Poddle Toy

The Poodle is a direct descendant of the barbet, a breed of African origin that came to the Iberian Peninsula to interbreed with Portuguese water dogs. Thanks to their sociable, extremely faithful and positive character, poodles ceased to be hunting dogs to become domestic animals and, already in 15th century France, they would be considered the national dog breed of France.

Unlike other canine breeds, the Toy Poodle requires little repetition to understand an order, exercise or situation and is capable of practically perfect performance. We are also talking about a particularly sociable breed, so it does not cope well with the absence of its guardians. It adapts great to any type of space, larger, smaller ...

As a particularity, the Toy Poodle needs daily brushing to keep its coat clean and free of tangles due to its curl and length.