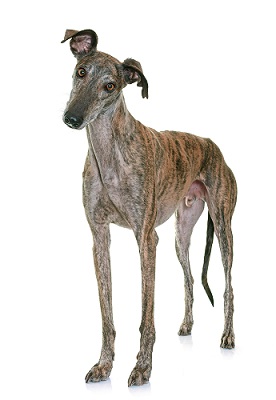 The best dog insurances for your Spanish Galgo

GET A QUOTE FOR YOUR Spanish Galgo

Serious temperament and reserved in occasion, however when out hunting, proves to be an energetic and lively hunter.

The Spanish Greyhound is known since the antiquity by the Romans, even though we are led to suppose that his arrival and implantation in the Peninsula dates back long before that period. Descendant from ancient Asian greyhounds, he has adapted himself to our different terrain of steppes and plains. He was exported in large quantities to other countries like Ireland, England during the XVIth, XVIIth and XVIIIth centuries. Our Spanish greyhound is one of the ancestors of the English greyhound which presents with the Spanish greyhound (galgo) the similarities true to the breed which have served as a base in its selection and subsequent acclimatization.

The breed faces the 21st century being progressively more appreciated at home and abroad, as contemporary Spain becomes more conscious of the uniqueness and heritage of this splendid animal.

Ask for a budget in Petplan since 337 euros per year

Bloat and gastric torsion. Other disorders that can occur include cardiac and eye conditions.