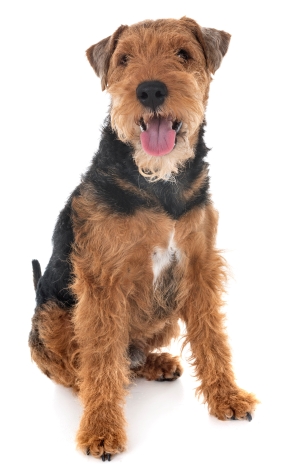 The best dog insurances for your Welsh Terrier

The Welsh Terrier has a typical terrier temperament. In the right hands, it is a happy, lively, and seldom shy or timid dog, but sometimes can have an attitude. Faithful, obedient, easy to educate. Cheerful and rarely shy. Fearless, but not aggressive. A Welsh Terrier is full of energy and requires regular exercise. A run around the yard during the day is insufficient.

GET A QUOTE FOR YOUR Welsh Terrier

The Welsh Terrier originates from Wales and was originally bred for hunting fox, rodents and badger, but during the last century it has mainly been bred for showing. Despite this, it has retained its terrier strength of character. The Welsh Terrier has been claimed to be the oldest existing dog breed in the UK according to research.

The Welsh Terrier was a latecomer to the British show-ring (being primarily a working dog) and was not officially registered as a breed until the 19th century. It is currently on the UK Kennel Clubs list of breeds that are in danger of dying out, having as few as 300 or so pups registered annually, as compared to the nations most popular breeds that are registered in the tens of thousands each year.

Ask for a budget at Petplan from 242 euros per year

Some studies have suggested a genetic predisposition to primary lens luxation which results in secondary glaucoma. Onychodystrophy, a disorder of nail growth causing nails to be weak and brittle, is relatively common in the breed.